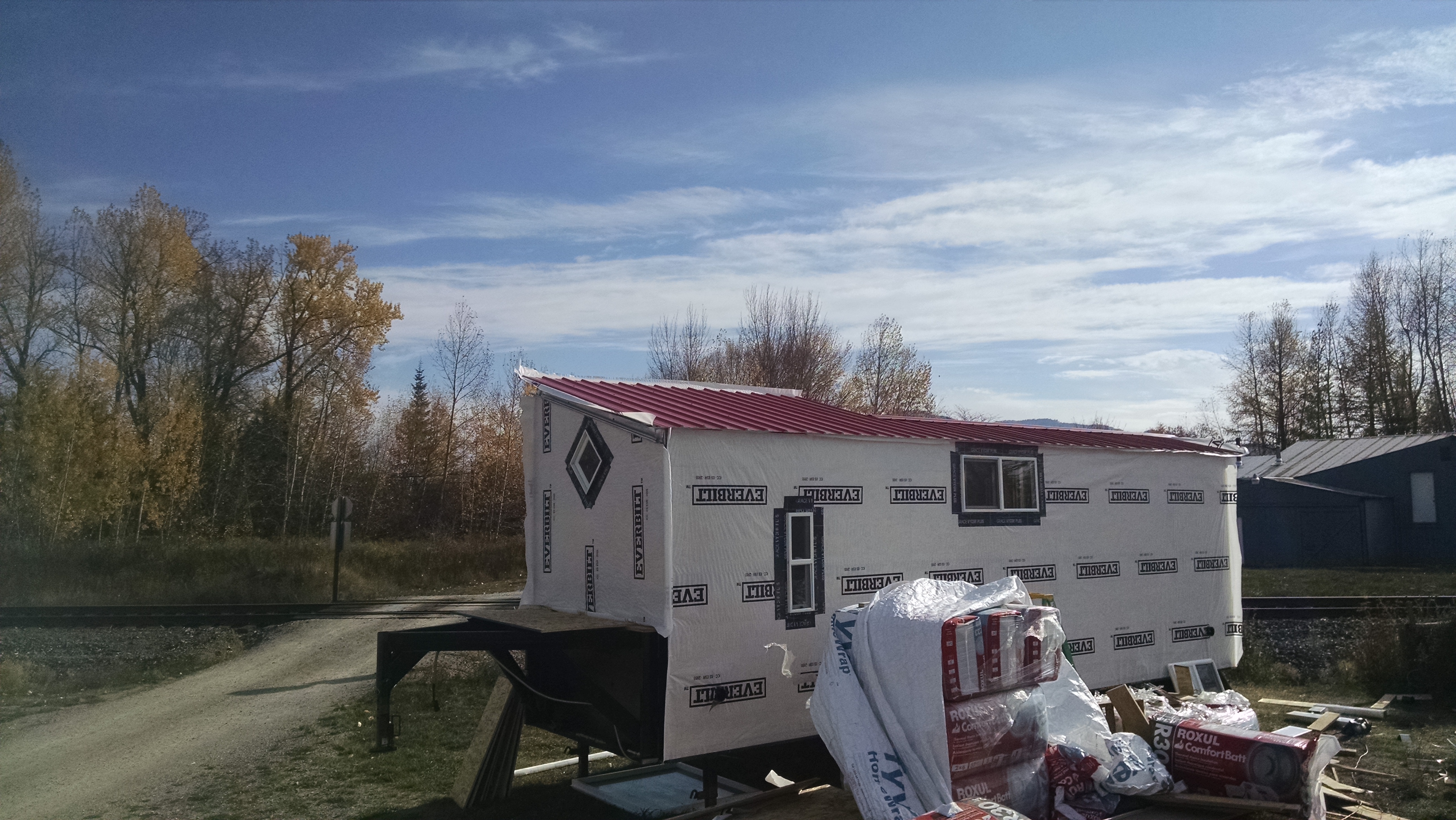 Well, the weather has turned. It’s wet and cold, and it freezes almost every night. The rose hips are mushy and the tomatoes are dead and plucked. I’m so grateful for the forecast, since I was able to wrap the house and install all windows but one just before the rain came. As soon as the windows were in, the space inside the house because more tranquil in both sound and air. The space became the inside of the house, suddenly different from the outside in a way it hadn’t been before. Somehow it acquired mass and inertia, a personality of its own. 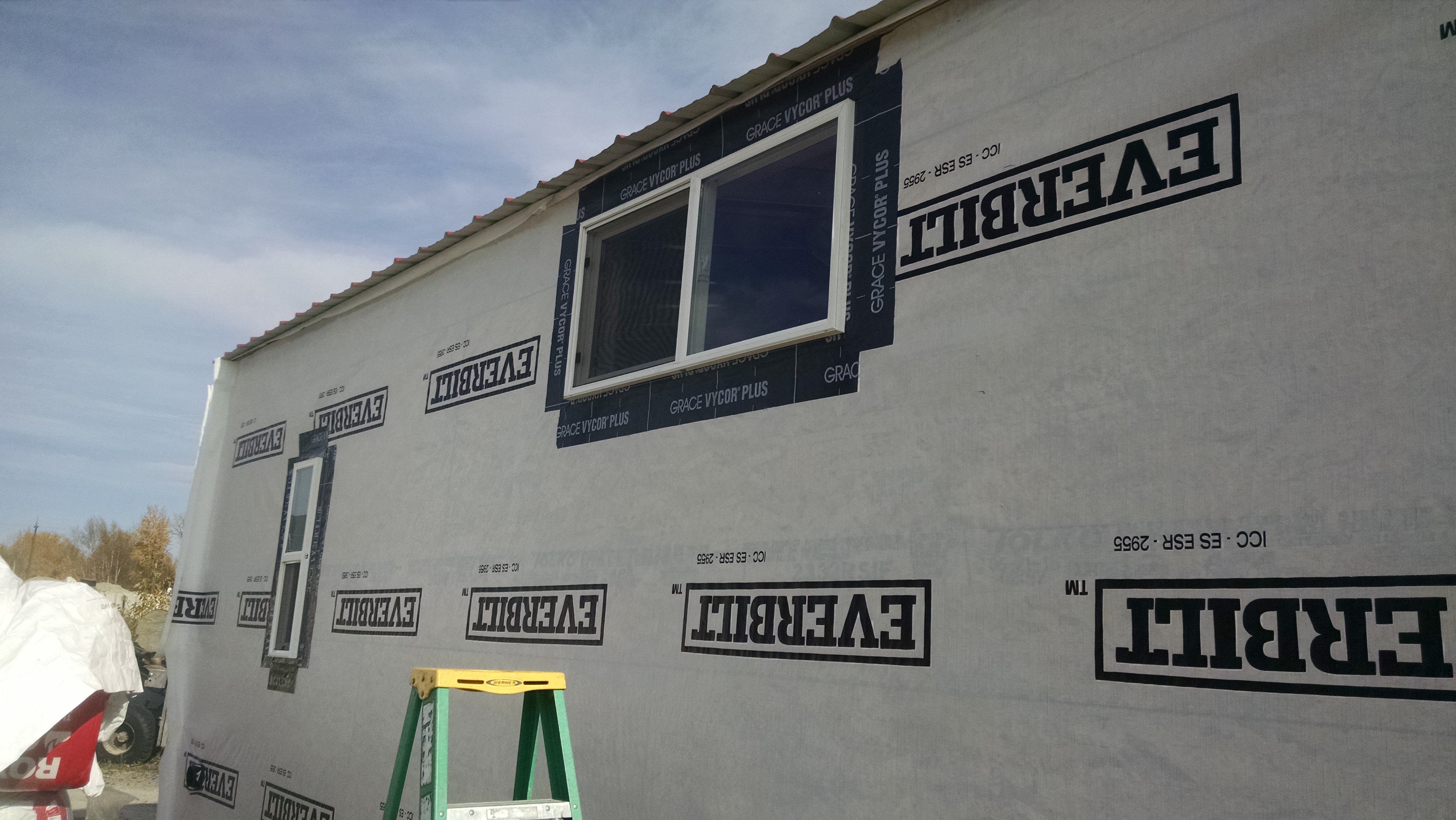 I was surprised at the transformation. I thought space took the characteristics of its occupant. I thought it was molded by all the objects it surrounded. I thought it was a constant that only changed within the context of contrast with positive space. Yet there it was, a presence as solid as the house itself. Now contained.

And to warm up that interior space, a newly sand-blasted and custom repainted wood stove. 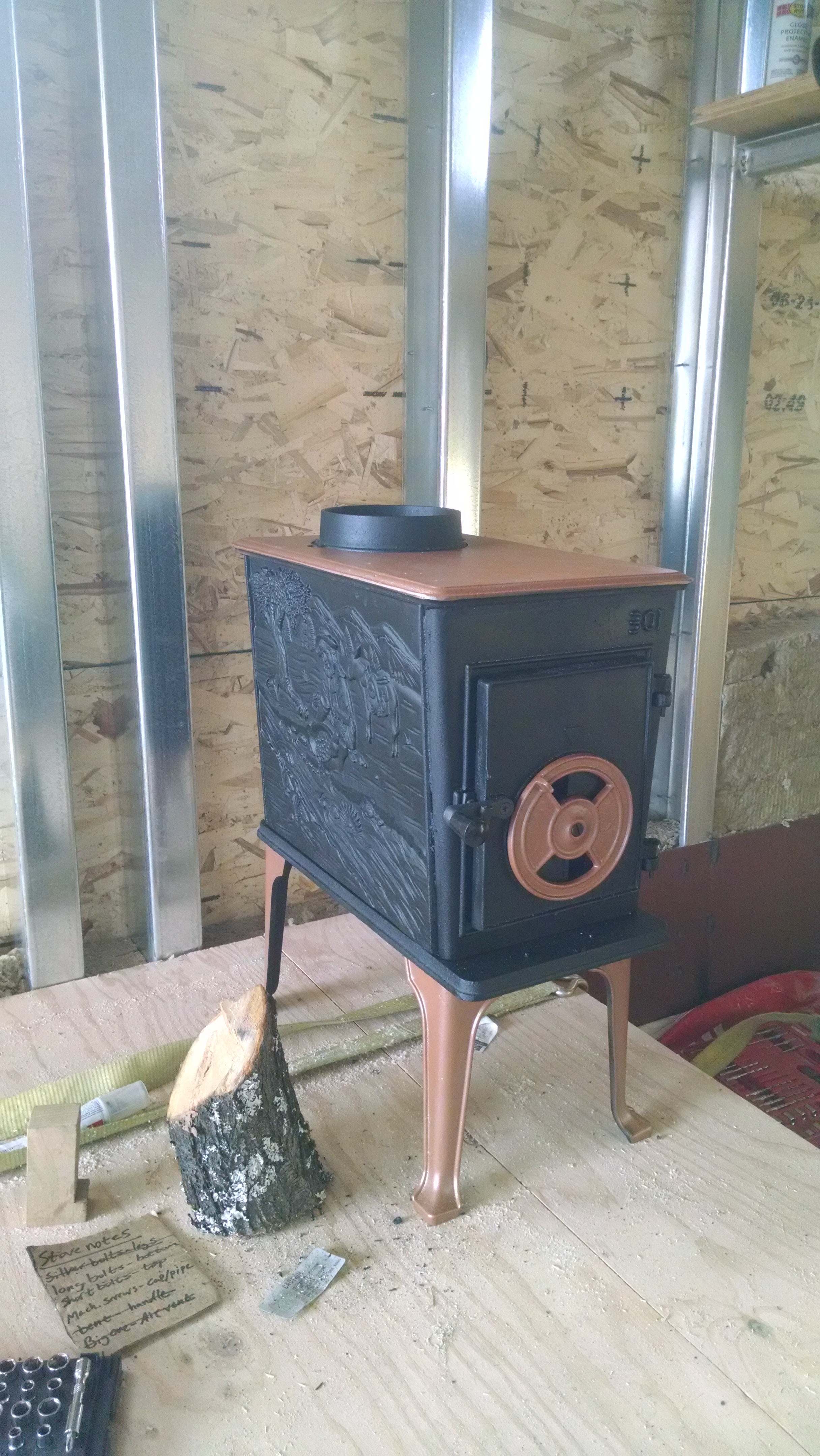