I’ve lost count of the number of days that have elapsed since I’ve gotten up in the morning to work on my house and stopped working when dusk gave way to night.
I remember the day I realized that was possible: when I called the regional vehicle inspector, and she said she wants to see a fully functional living space, not just a trailer. It was the day after I weighed my finished trailer. That day I was looking at the stockpile of materials just sitting there and wishing I could cut the straps loose and just build. It took one phone call to fulfill that wish. I’ve been working non-stop ever since (well, I pause when the rain falls, which is not as often as it should). Unless my memory fails me, I was able to weigh my trailer at the end of September and I’ve spent all of October so far turning my trailer into a house. Behold! 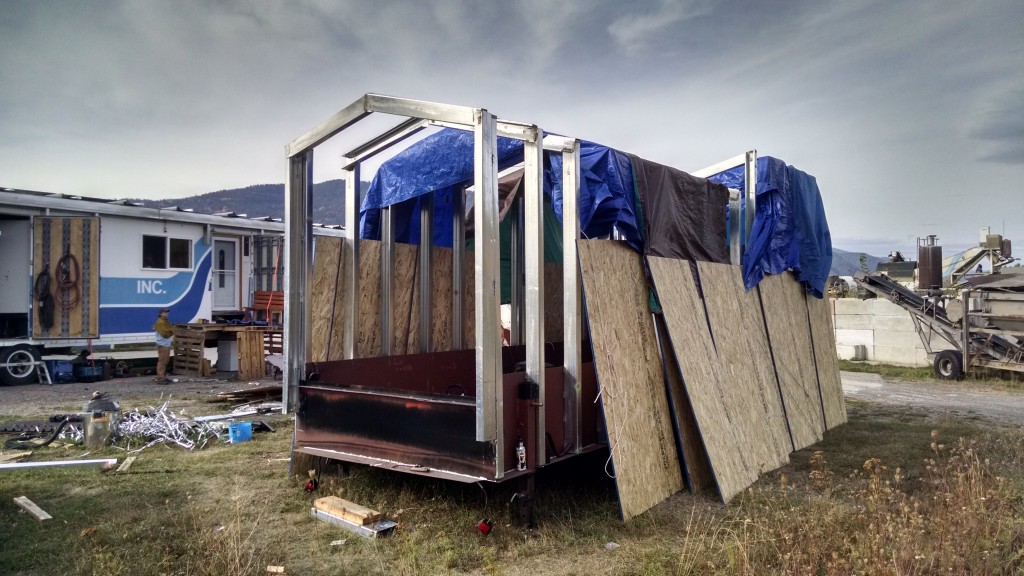 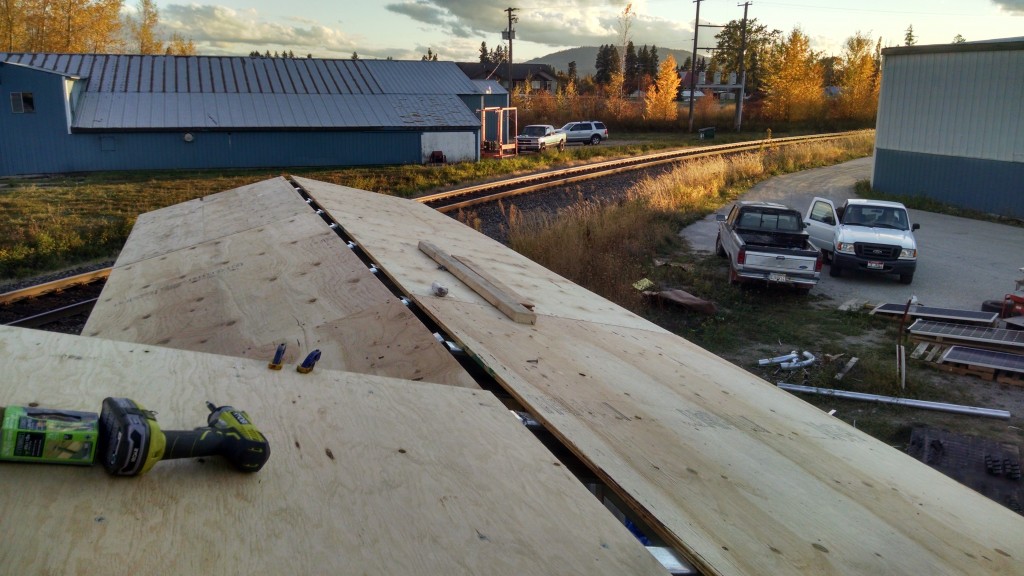 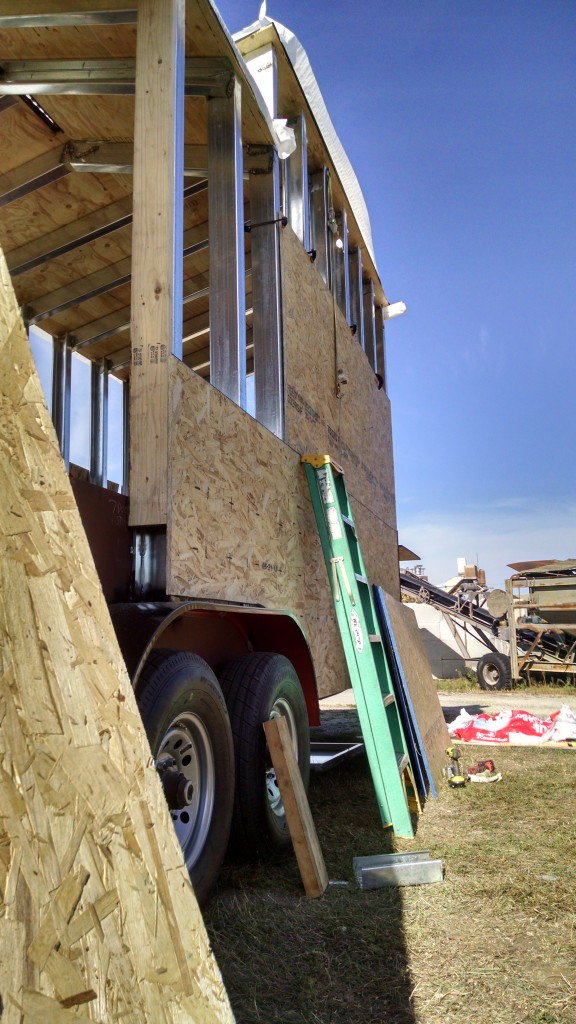 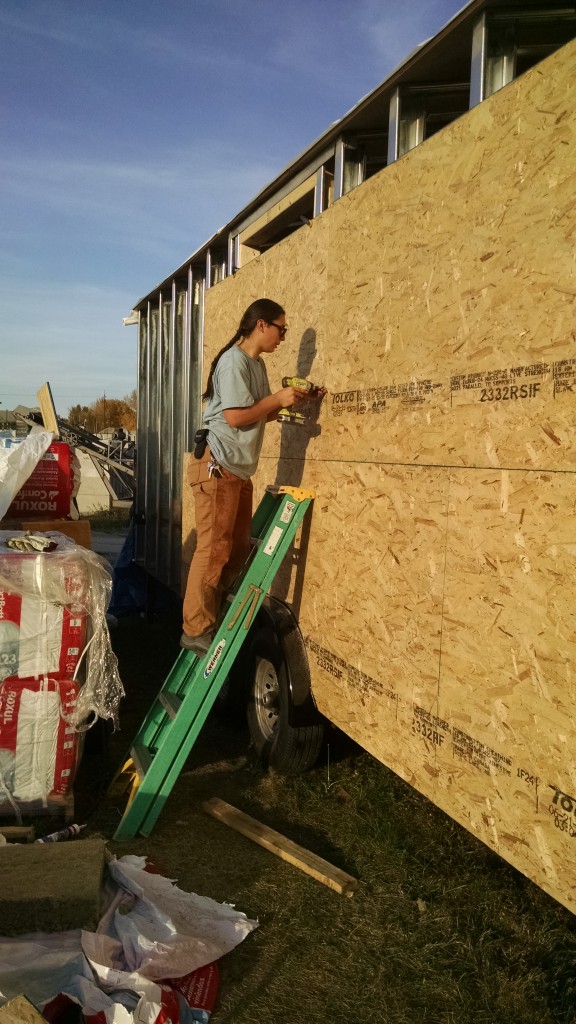 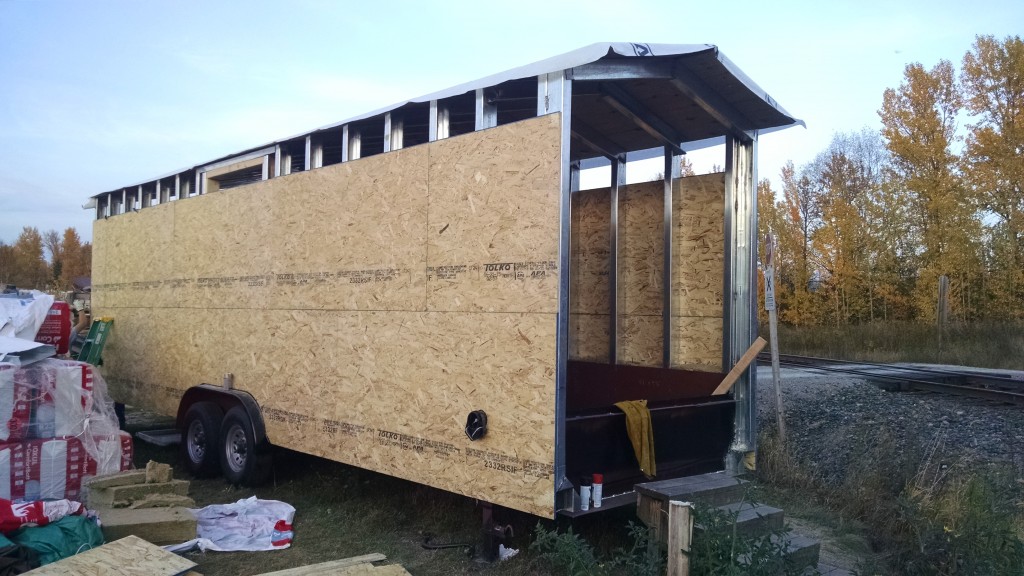 I love the way the house has been able to change during the process, just like my drawings do. Instead of a front shed roof, now it sheds sideways, and instead of a fully covered gooseneck, I will now have an open deck. I look forward to the day when I can install windows.

I hope that by the end of October I will have a completed shell, with a red roof and cedar siding. I am planning on some mean features so stay tuned. :-))