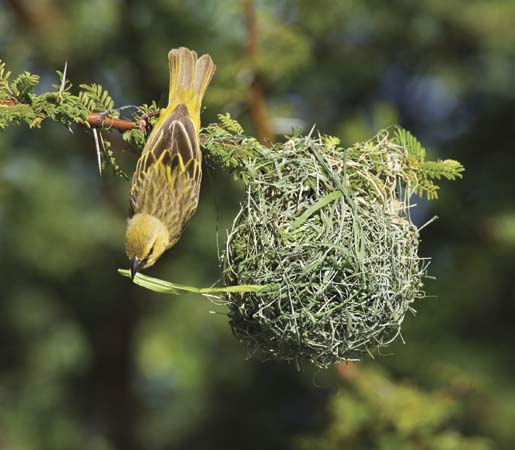 Most hardware stores have a whole aisle dedicated to fasteners, and they don’t come cheap. Fasteners are objects/substances we use to connect stuff together for various purposes, and for various durations, and they come in all shapes and sizes.

The word fast has an interesting etymology: it started off in Middle English meaning firmly fixed, immovable, as in “fasten your seatbelts”, and went through something of a conceptual transformation (through fast by, which means closely, immediately) to mean something that moves quickly instead. It sounds like a 180 degree shift to me, which is positively fascinating. However, we still use the word fastener to pick up the meanings that fast left behind in its ascent towards its modern iteration.

A trip to the orange store to sift through screws, bolts, and nails is always fun (and I’ve done my share of screwing, ratchetting, and hammering), but the fastener that is of utmost interest to me is rope. The image of a coiled length of rope just materialized in your mind’s eye, didn’t it? That’s because rope must have been one of a handful of objects/tools that man started making eons ago. Archaeological evidence suggests that natural fiber rope was made as early as 28,000 years ago (Small, 2002), and it is such simple, useful technology, that it hasn’t needed upgrades all this time. Sure, we started making stronger rope by changing the material it was made of, but the structure hasn’t changed: rope is made of filaments, spun together, then twisted together.

Setting aside the mind boggling history of the humble rope as object, I turn my attention to its uses as metaphor. Rope is a universal fastener, which means all cultures around the globe, from the “primitive” to the highly industrialized, have some form of twisted or braided rope. In its finer forms, rope gets different names, like thread, yarn, and string, which are the constituent elements of cloth and fabric, whether woven, looped, or knotted. As such, rope is a fastener that connects the entire world, over physical and cultural distance and through time, which makes rope pretty remarkable.

Fabric, a ubiquitous material, and synonym for cloth, is much used as a metaphor to illustrate the close-knit connections between the people that form society. Etymologically, fabric comes from the Latin faber, which means worker in metal, stone, etc., and fabrica, which means something skillfully made. In time, the word changed to denote the place where things were made, as well as the thing that was made, which is where fabrication comes from. So now, “the fabric of society” is the web of interwoven relationships that have been established over time and functions as the glue that holds society together. In this case, fabric becomes a fastener as it inherits this attribute from string.

The finer rope becomes, its physicality peels away to reveal its conceptual essence: the line, a quintessential formal element, a ubiquitous presence both visible and invisible. From knots on a rope, came distance, now traced in virtual lines in Google Maps. Trails and  footpaths are lines that go along suspended rope bridges. Chain link fences are physical barriers, but national borders are imaginary lines, no less dangerous to cross without permission. Line is everywhere, still connecting places, ideas and surfaces, a conceptual fastener, as much as rope is a physical one.

This kind of metaphorical back and forth is the fertile soil that grows my visual art practice. My interest in working with wool is two-fold. One aspect is wool as cultural fastener, and the other is wool as metaphor for warmth and protection. If home is the space where comfort and safety meet, then wool is the material that home is made of, because those same qualities are intrinsic to wool. Spinning, or making wool rope, thus becomes the metaphor for creating cultural fasteners, contributing and/or reinforcing the fabric of society with new and/or stronger connections. I think that is one of the more important functions that art performs for humanity at a level that diplomacy simply cannot reach. I may be biased, but I can’t imagine a peaceful, well-functioning international relations system without the presence of metaphor and art.