Sandpoint is a really pretty town. They say that once you drive across the long bridge there is no turning back, not because you can’t, but because you won’t want to. More than half the people here are from somewhere else. They came to Sandpoint on a whim, a visit, because they knew someone here, because they heard about it, because they wanted to move somewhere else… I met a lady at the yarn shop (there is an impromptu knitting circle there every day from 11 am to 4pm), Tracy. She has been coming to Sandpoint from Canada ever since she was a little girl, vacationing with her family. Now, as a mother herself, she spends a few weeks here every year. Either that’s some sort of loyalty or Sandpoint must be a really nice place to visit. Truth be told, it’s rather breathtaking in little ways every single day.

A story with a twist

Last week I was roaming the streets on my bike enjoying the cool breeze and the warm sun (who can blame me after the winter I’ve had to endure in Pennsylvania?) and I came across a colorful café on a side-street corner. It stood nestled against a blue warehouse, shaded by a few pine trees, a tricolor school bus, yellow, turquoise, and purple, surrounded by tables and chairs. The name was hand-painted on its side: Jupiter Jane.

Laurali is the proud owner of Jupiter Jane café. She came to Sandpoint from San Francisco, California, with her family over a decade ago and set roots here. She had been in the restaurant business all her life, she owned an eatery in San Francisco with her husband, they decided to sell and move, and establish a restaurant in Sandpoint. Since then the couple split, and Laurali decided to go the food-truck route, but she did it her own way. With the help of a few friends, she got her café up and running, and is now serving delicious tacos out of her yellow, blue, and purple bus. 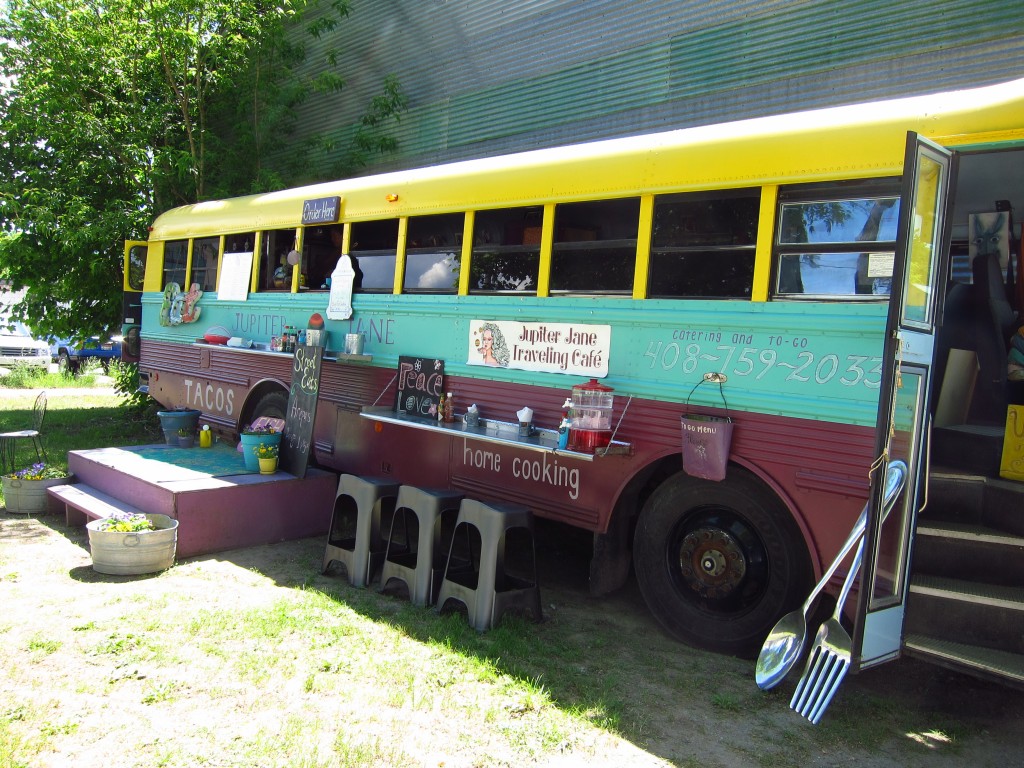 Alexandra: How did you come up with the name?

Laurali: That actually… When I had my restaurant, one of my good friends was a waitress there, and we would chat every Saturday morning, we would open together, and she was telling me a story about a little girl that was conceived at Burning Man. They named her Jupiter Jane, and for some reason it stuck, I liked it. In retrospect, I should have named it (the café) after my restaurant, I think people would have a better understanding about who owns this, but she has her own little fan base. It’s nice.

A: How did you decide on the menu?

L: I was joking around with somebody when I had my restaurant about moving to Baja, making tacos, and living on the beach, but we were just joking around. Then next thing you know, when I had the bus it was time to come up with a concept and menu, and I had a lot of fun with the tacos. I’m known for my tacos, I mean I do other things, but that’s what I’m known for. 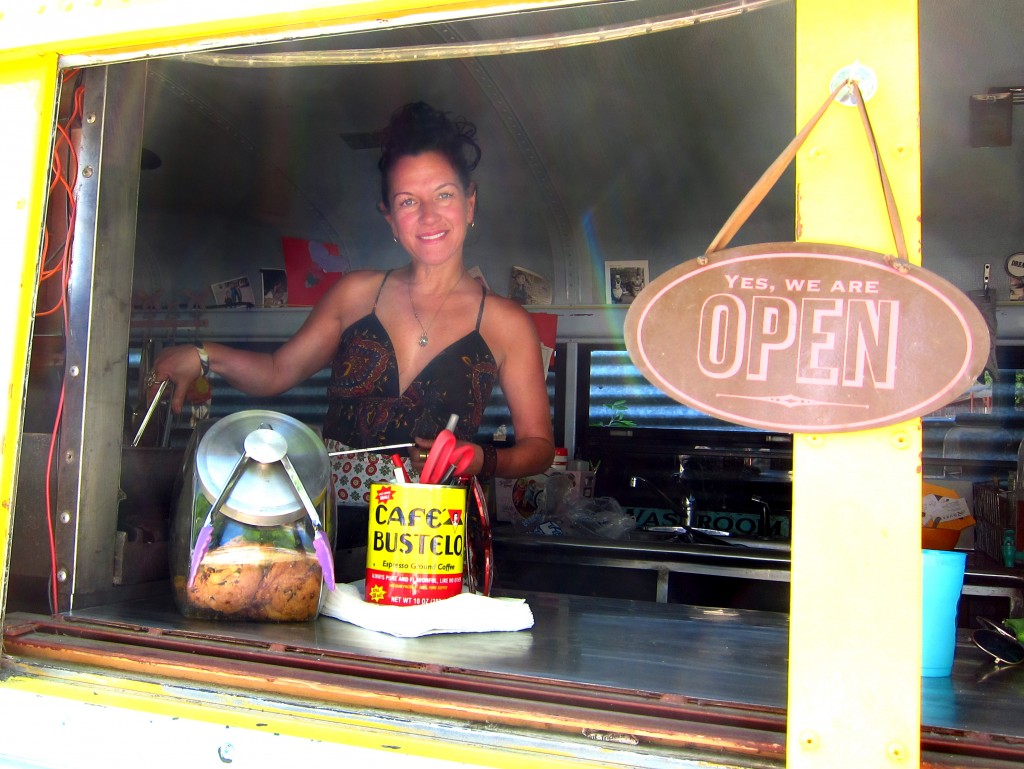 Jupiter Jane was recently nominated for Martha Steward American Made food. Laurali said she probably has an interview with someone about every year, and it’s no wonder. Her little café adds so much color to the local life in Sandpoint, both chromatically, and culturally. Jupiter Jane is usually located at 513 Oak St, Sandpoint, ID 83864. If it’s not there, then Laurali must be catering at an event around town. I recommend the fish tacos if you are ever around. 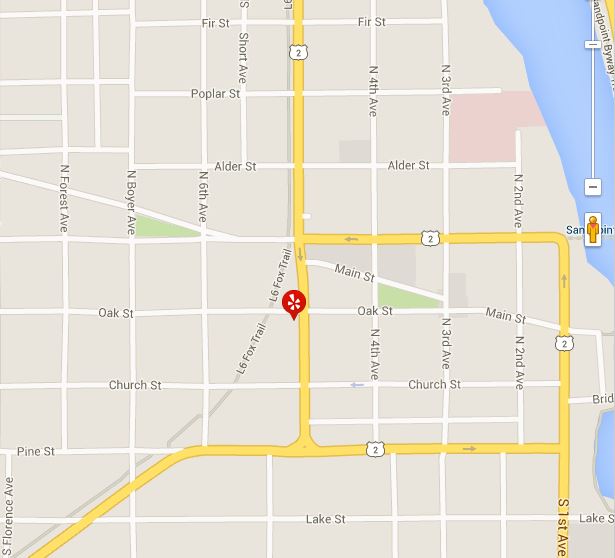