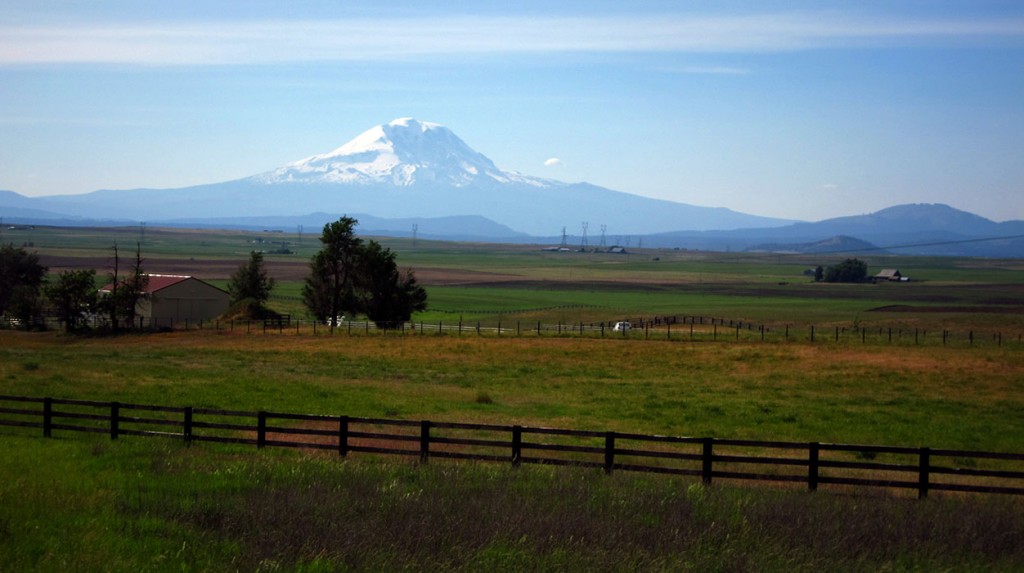 It took 15 hours to drive from northern Idaho to northern California. The landscape changed swiftly from the musical greens of the descending green hills, to a flat yellow prairie slowly drying in the sun. Most of eastern Washington state is flat. The heat rose in ripples just above the road’s surface, creating mirages in the distance. The car moved through space at 80 miles per hour, the tires hitting the asphalt with a harsh hum. There was no wind, there were no trees, and the white paint dashed the middle of the highway at a cruising 40 miles an hour. Too slow. It seemed we were barely making progress.

A hundred miles later, rough wrinkles in the earth started to grow into great-grandfather mountains, eroded with age, short but rugged, covered in sage-brush and tough grasses. The wrinkles got deeper until the road started curving up, down, and sideways towards a great gorge. At the bottom of the gorge flowed the Columbia river. The road west had been promising Seattle, but now that it turned south, it changed its mind to Yakima. On the other side of the river the landscape changed again. The harsh road-side relief turned into full, rounded bosoms, fertile hills that grew tall grasses and grain. The highway snaked between them caressing each one with a lover’s touch, while lonesome side-roads opened the landscape to the curious eye, and the tired ear. There were 15 shades of yellow and green covering those hills, and it was as silent as a deserted island. We passed by farms, and one-stop country towns, with the occasional large town in between. One of these was Yakima, where we stopped for fuel, both for the car and for the stomach. There was a fruit stand, owned and run by native Americans, where we found the tastiest Golden Delicious apples at a mere $.25 per pound, and dark red cherries to lighten our spirits. We spent half a dozen dollars for 20 pounds of fruit, then we were back on the road, southbound, crossing Oregon state.

After a million green and brown blots rushed past my window for a few hours, a new feature appeared in the distance. The peaks of fierce and cold volcanoes approached in the horizon sky. One moment they loomed just beyond sight, hidden by the thickness of the atmosphere, the next moment they stood there, pimples on the face of the earth, catastrophic wounds in human memory, covered in snow and cooled by time. The first one was a surprise. The second one sneaked into view from behind a grassy hill, the third and fourth were clearly inscribing a mountain range they all belonged to. With my attention trained on these unfamiliar formations at the horizon, an unusual crop caught my attention closer to the highway: tall, white, and skinny, straight as poles, with blades as large as plane-wings turning in the wind. We came up to a wind-turbine field, each turbine as thick around as redwoods, hundreds of them spread across hundreds of acres.

As the volcanoes and snowy mountain peaks passed one by one, the light started to fade. The landscape started to climb. We crossed from Oregon into California through Klamath Falls in the dark, so the rest of the trip went unseen, just guessed through the dusk.